What Are Transom Windows

What are transom windows?

A transom is the horizontal beam or crosspiece above a door or window that separates it from the exterior wall. Above the beam is the transom window, or "transom light", which is designed to create cross ventilation and/or bring in additional light to your home while the door is closed.

Like jalousie windows, exterior transom windows have been used for hundreds of years and served as a precursor to air conditioning but modern transom windows are now primarily used for decorative purposes. Transom windows are a great option for bringing in more light to an entry room, dining room, or kitchen – especially if you have French doors. Let's take a look at how transom windows work and determine if they're worth buying for your home.

How do transom windows work? 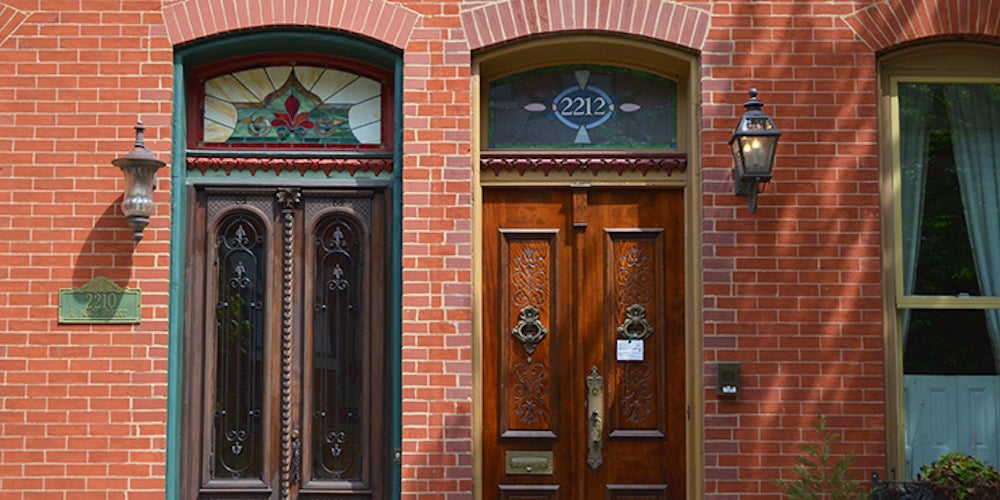 In the 1800s, transom windows were used for increasing airflow and bringing in more natural light while also featuring decorative design elements like stained glass and sophisticated shapes. Operable transom windows feature sashes located on the sides, bottom, or top of the window that allows it to open as much or as little as you want.

Transom windows are often confused for mullions, but here's the difference. While transoms are horizontal beams above windows and interior doors or exterior doors, mullions are vertical beams that separate smaller windows and offer structural support to the window arch.

Get in touch with a local contractor near you. 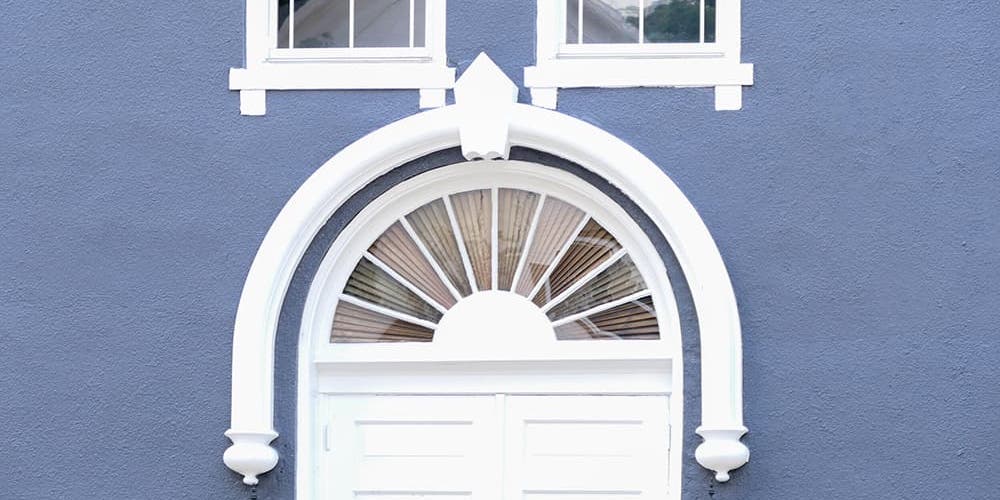 Image source: The Rhythm of the House 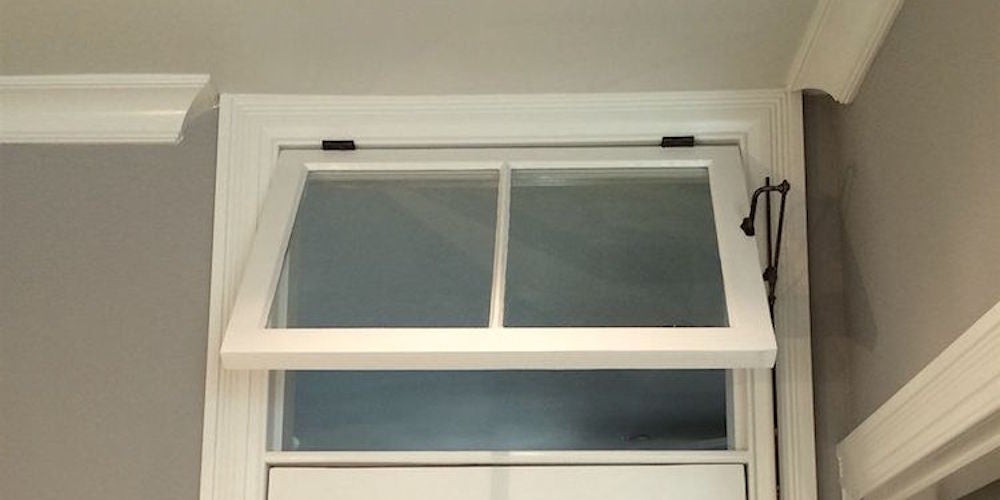 Paneled glass transom windows feature a frame that is designed to create a grid-like appearance. These windows typically feature window hardware like hinges or a metal rod system and are separated by vertical strip dividers which gives them a more symmetrical appearance. 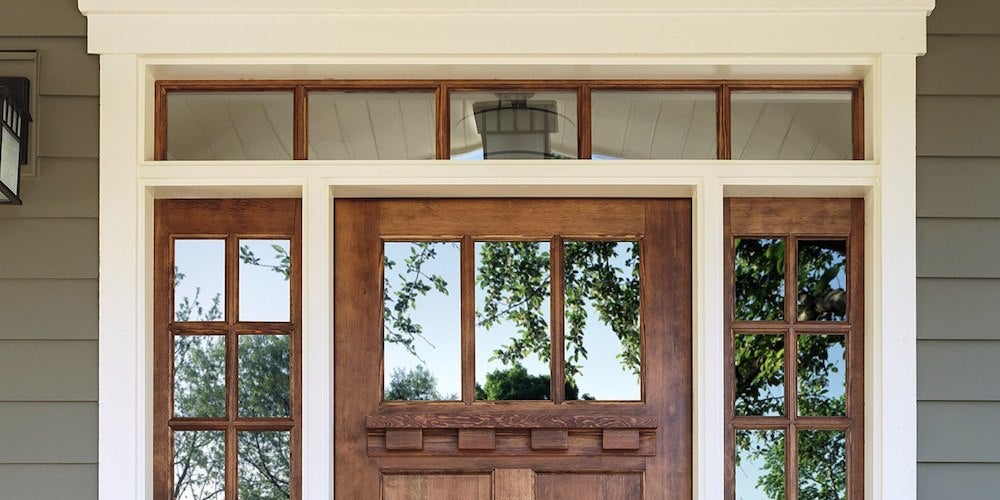 Solid windows are similar to multi-paneled transoms but feature a single piece of glass in a solid frame. The windows sometimes feature intricate architectural details like frosted, colored, or etched glass. Solid windows can also be hinged on the frame, allowing for ventilation.

Pros and cons of transom windows 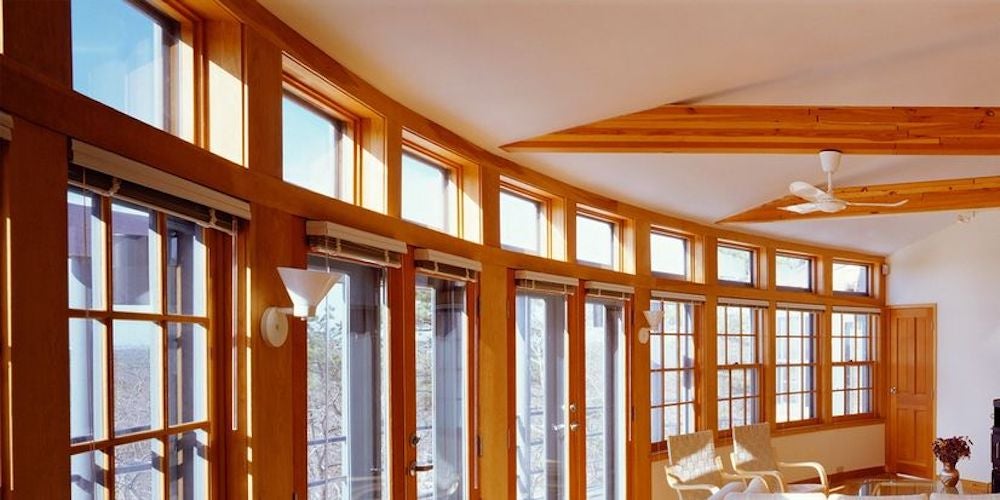 More sunlight - While transom windows initially were designed to bring in fresh air before air conditioning was invented and more readily available, transom windows also bring in a great deal of sunlight. No matter which direction your home is facing, transom windows are a great option for lighting up the darkest of rooms and entryways.

Environmentally friendly - Because most transom windows are fixed and don't open, they keep all of the cool air in your home and you won't have to worry about any type of leakage.

Aesthetically pleasing - Today, transom windows are primarily used for decorative purposes, and can even increase the curb appeal of your home. Other architectural elements like stained glass are also popular designs among homeowners and can increase your property value.

Cost-effective - Depending on what type of transom window and its design, each window costs about $200 per piece.

More heat - Because most transom windows these days are fixed and they bring in more sunlight, they also bring in more heat, which could increase your cooling costs.

Hard to clean - Since most transom windows are above entry door frames or windows, they can be hard to reach and difficult to clean both inside and outside.

Better options - While transom windows do have their benefits, there are noticeable drawbacks, such as ventilation. If you're looking for windows that increase airflow or bring in more sunlight, casement windows, awning windows, or any single or double hung window is a more modern option.

Are transom windows worth it?

While they may be aesthetically pleasing and can bring in more sunlight, exterior and interior transom windows primarily used these days for decoration. Like jalousie windows, transom windows are a thing of the past and were used as a precursor to air conditioning to increase airflow. New transom windows are decorative and can offer some type of value, but there are better options available like casements, double-hung, and slider windows.

Measure your roof with our roofing calculator.

If you're wondering if you should repair or replace your roof, our helpful guide can help. Read on to learn about costs and more.

Walk-in tubs are designed for safe, worry-free bathing. If you&#039;re in the market for a walk-in tub, allow us to fill you in with our comprehensive guide.

Roofing leads: buying vs. generating your own

On the prowl for affordable, consistent, and practical roofing leads? Find paying customers in your service area by following this strategy.