The benefits of a gable roof compared to a hip roof

If you’re looking to design or build out your new home, you’re probably wondering whether a gable roof or a hip roof is best for your project. Below, we’ll introduce you to each and compare the advantages and disadvantages of these two very popular roof types. Let’s get started with what a gable roof is.

What is a gable roof?

Gabled roofs, also called “pitched roofs”, are the most common roof shape for home architecture in the northern part of the United States. That’s because this roof type has a simple design and is very affordable for a roofer to build. Not only that, but gable roofs also do a great job of providing drainage for precipitation.

The gable roof style stems from ancient Greek and Roman architecture. The gable refers to the triangular area on the end walls which fills in the space between two roof slopes. In ancient times, this area was filled with art and more prominent structural signage.

Most modern buildings with gabled roof types aren’t as fancy. They usually reflect a simple, natural, and sleek aesthetic, but there are ways to add interesting colors and textures to spice things up a bit.

There are several different types of gable roofs. We’ll provide a brief description of each below. 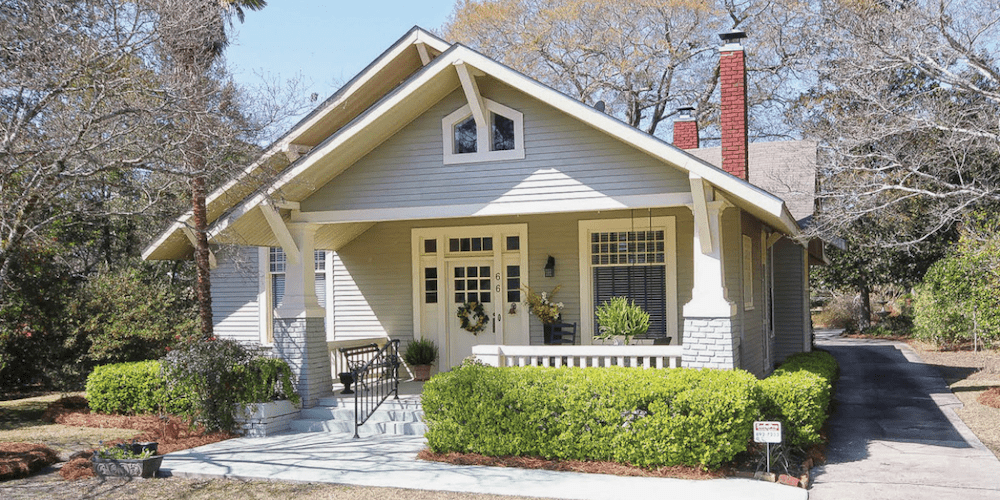 Front gable roof structures have most of the architectural interest for the structure on the same side as the triangular area underneath the roof. 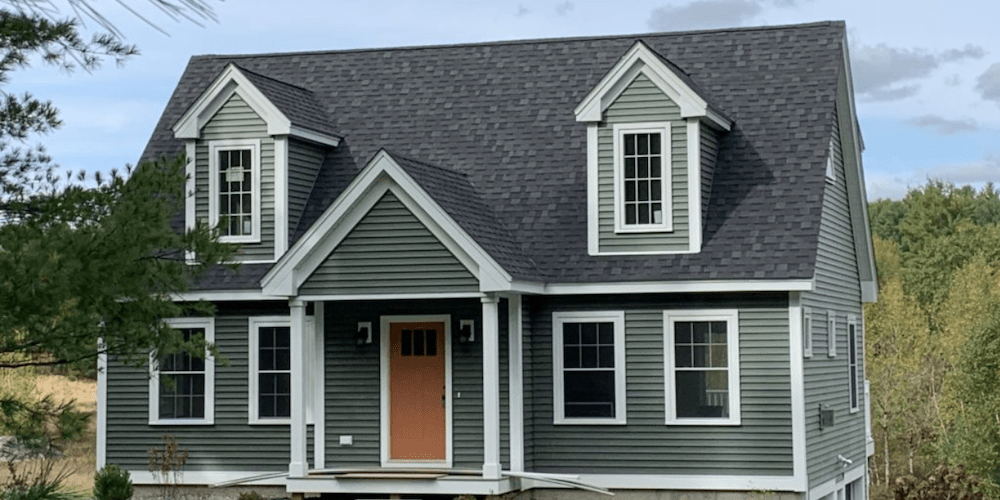 Side gable roof structures have their entryways or most distinctive features on the side where the roof pitches down. 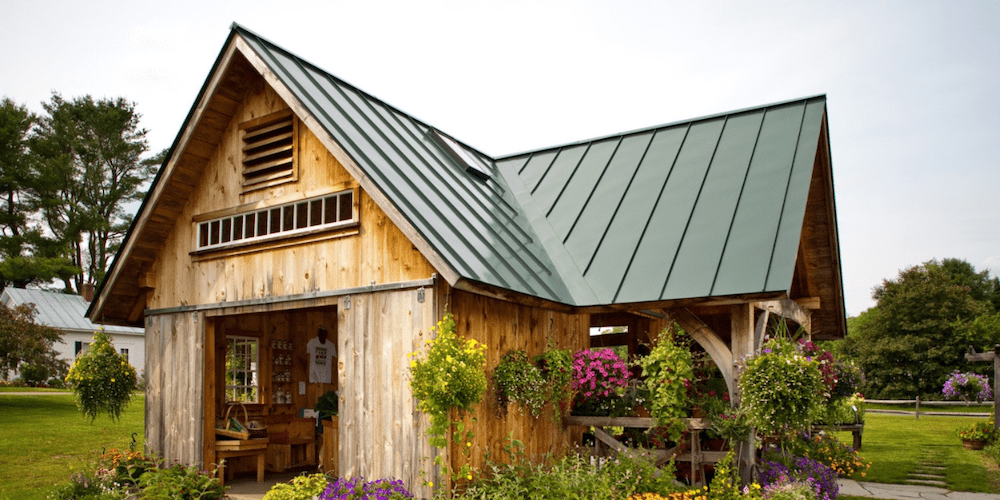 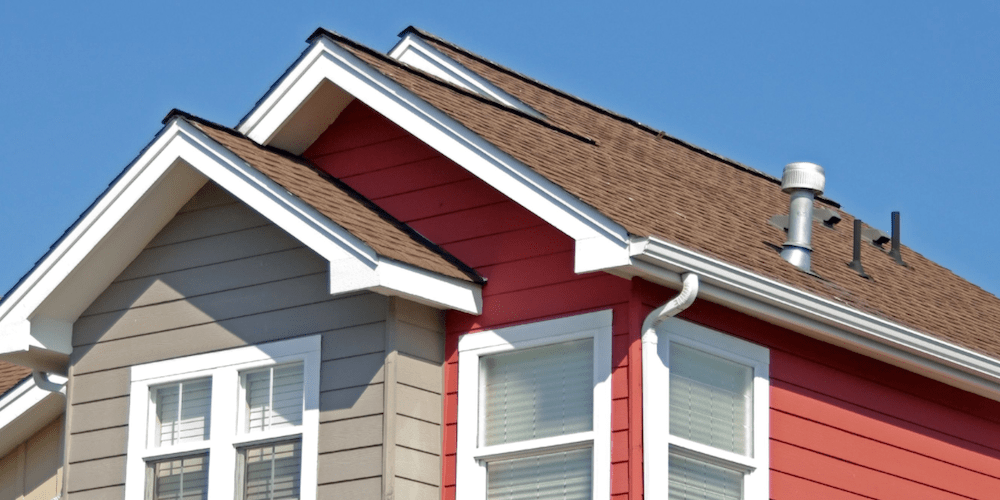 In a boxed gable roof design, the gable end wall is a triangular extension that protrudes out from the building structure underneath the roofline. 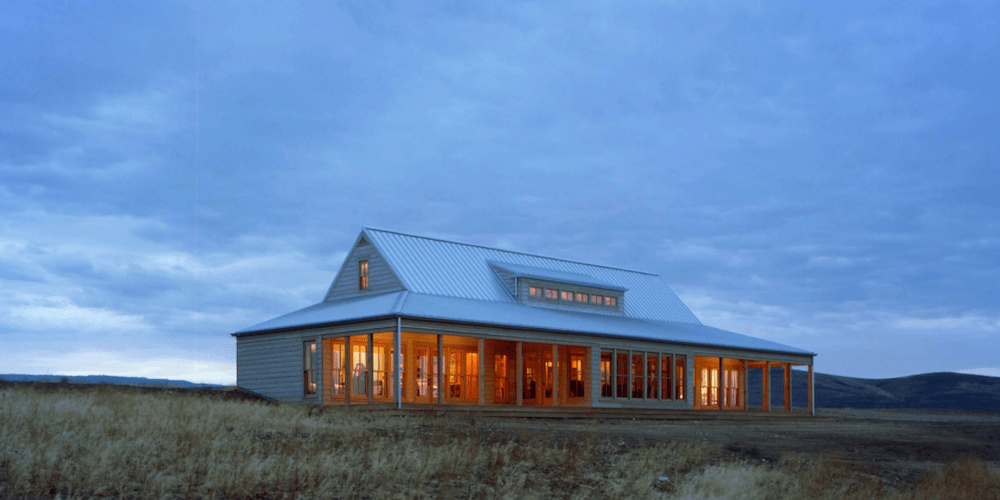 Dutch gable roofs, also called gambrel roofs, use the base of a hip roof’s four side slopes and plop a gable roof on top, called a gablet. That’s typically where windows are set to let in more natural sunlight.

Pros and cons of gable roofs

Here’s a list of pros and cons for a gable roof to consider, especially if you’re planning to design and build a new roof:

Cost – Because a gabled roof is just two roof parts joined together, the structure is easy to design and execute. You don’t need nearly the amount of materials required to build a gable roof as you would other roof types.

Protection from the elements – The straightforward gable design simply provides two slopes for water and other precipitation to easily drain from.

More attic space – Gabled roofs allow for vaulted ceilings. This can create a lot more interior room for storage and better ventilation. You can also easily add a mezzanine to a gabled roof structure for visual appeal and enhanced use.

Installing a gable roof? Get an estimate with our roofing calculator.

Wind risk – If you live in an area prone to hurricanes, a gabled roof isn’t your best option. Strong winds exert a lot of upward pressure on a gabled roof structure. Since there are two overhangs for the wind to target, strong gusts can cause parts of your roof to blow off. This is especially true if the roof structure has larger eaves.

Strong supports required – There’s an additional threat of structural collapse if the frame doesn’t use sturdy supports. Make sure to work with a solid contractor, or run your design by a building engineer before proceeding with your build. Nobody wants to deal with a roof collapse down the road.

Narrow upper floor – Pitched roofs make bowling alley-esque upper floor experiences. This is especially true with gable roofs that have narrow pitch angles. While side dormers can be popped out for light and breathability, there can still be a feeling of being cramped. If you’re planning on making a living area up there, you might want to 3D model the space before proceeding with your choice to ensure that it will be comfortable.

How does a gable roof compare to a hip roof?

The main difference between a gable roof and a hip roof is that all four sides of a hip roof slope downward off the structure frame. On a gable roof, there are just two main slopes. A hip roof is typically made out of two triangular roof pieces and two trapezoidal roof sections.

Hipped roofs are somewhat more modern looking than gable roofs, and their structural stability is superior to gabled roofs since each of the four roof sides helps support the entire structure.

If the Egyptian pyramids were built using a gable structure, high winds over centuries would have probably drastically altered their form by now, particularly on the vertical walled sides of the gable where the wind would hit the structure at a right angle.

Similar to gable roofs, there are several variations of hip roof designs: 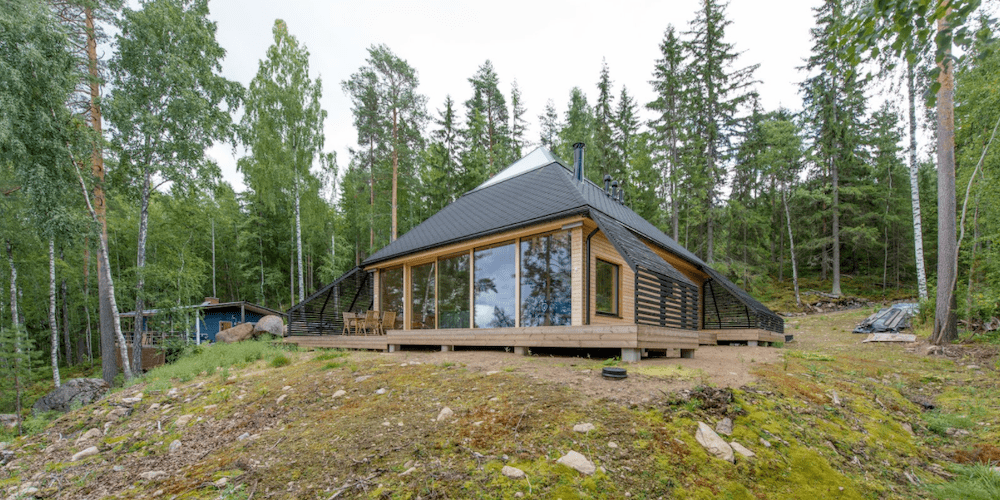 Confusingly, pyramid hip roofs are also called “open gable roofs”, which are made out of four equal length triangular roof sections which come to a peak on top of the roof. A pyramid hip roof rests on top of a square structure. 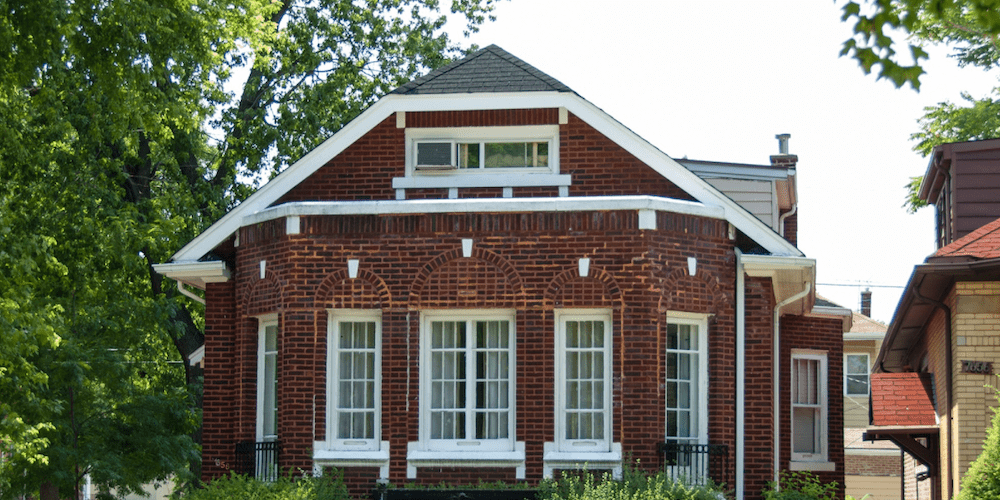 A half-hipped roof design is a hybrid of gable and hip roofs. The normally exposed gable triangle on the building face is partially covered with roofing material. This creates more structural protection from the elements while adding visual interest (and cost). 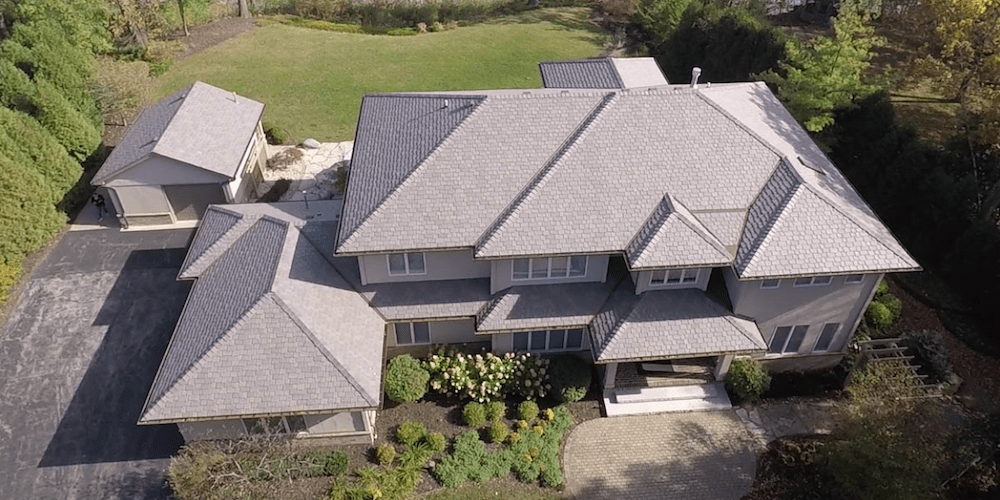 Advantages of a hip roof vs. gable roof

The hip structure provides ideal protection from severe weather like rain, snow, and high winds. They are found more readily in hurricane-prone high wind areas. That’s because all four sides of the roof slope toward the ground, and there are no flat roof surfaces and limited exposure on any one side to wind updrafts.

Since four sides of the roof are laid up against each other, the supports on the inside of the structure don’t need to be as strong. That’s because the hip design is self bracing.

A hip roof also allows you to build a dormer or crow’s nest into the upper floor, maximizing your upper floor living space. Instead of a narrow attic alley like you’d find in a gabled structure, a hip roof design allows you to make use of more upper floor area since all four sides of the structure gradually slope down from the center.

Installing a hip roof? Get an estimate with our roofing calculator!

Because hip roofs are more complicated to design and build, they cost more than gabled roofs. Framing needs to be cut, measured, joined, and secured at four rooftop locations instead of one. That can add more labor hours and equipment costs.

However, the cost of a hip roof isn’t prohibitively more expensive than a gabled roof, especially if you’re working with experienced roofing contractors who install them regularly.

The additional seams on a hip roof are also areas where you should be concerned about water leaks down the road. As long as your asphalt shingles are in good shape, you shouldn’t need to worry about roof replacement or roof repairs for a good 15 years, especially if you’re maintaining your roof regularly. Building materials like metal are a great fit for hip roofs since metal roofs can last up to 60 years.

Metal roofing will add significantly to your roof costs though. Average metal roofing costs are between $6 and $12 per square foot, whereas asphalt shingles are $3 to $7. However, you get triple the lifespan for double the cost.

Gable and hip roofs are among the most popular roof designs in North America. While gable roofs are relatively inexpensive and simple to design and build, hip roofs are not significantly more expensive or complex to execute, either. Hip roofs afford you more space underneath the roof area to work with and are better suited to high-wind areas, such as hurricane zones along the coast.

Get a quote on your gable or hip roof today!

If your roof is plagued by unsightly stains, zinc roof strips may be the answer. Find out if they're right for your home today.

Metal roofing typically isn’t cheap, but you can minimize costs by following the right buying strategy. Read our expert tips to learn how you can save.

DaVinci Roofing offers an exceptional alternative to pricey, natural slate roofing. Learn if it's right for your home today with our buyer's guide.