Bay windows have been used for hundreds of years and are still a staple in home designs today thanks to their ability to bring in more natural light, add more space, increase curb appeal, and improve airflow. Standard bay windows typically feature three panels in varying sizes and window styles, usually including one large center window and smaller windows angled on the sides.

Bay windows are also highly customizable and include different options for ventilation, materials, exterior colors, and grilles. Let’s discuss the main types of bay windows, the differences between bay windows and bow windows, and help determine which is right for you. 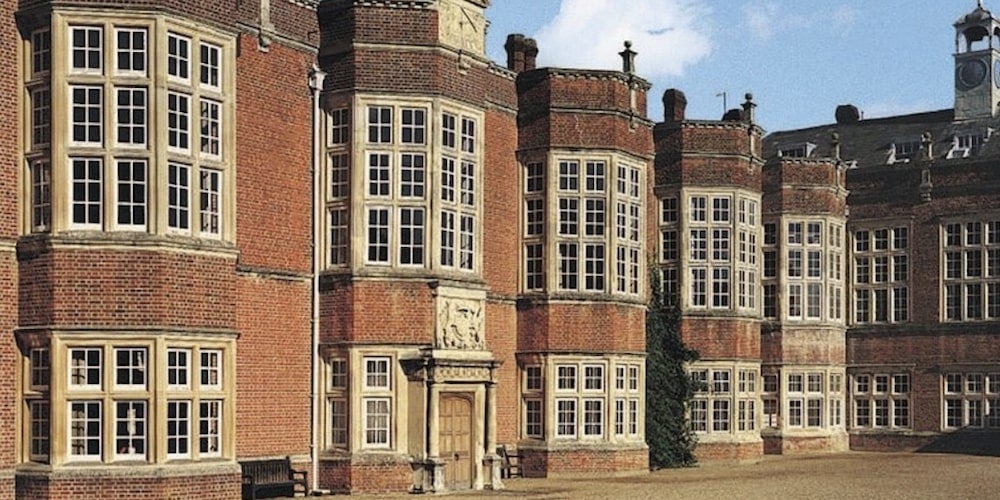 Get in touch with a local contractor today. 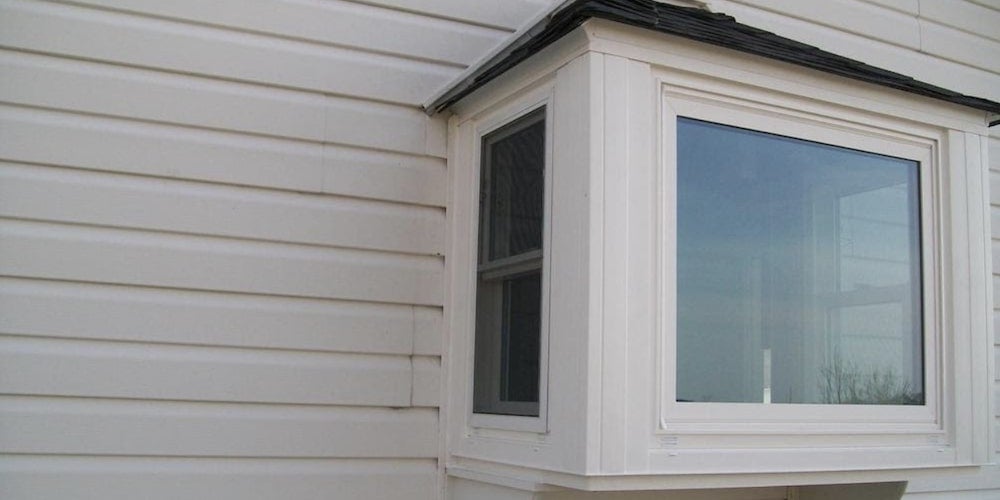 Box bay windows are similar to canted windows but are shaped more like a box with one flat front and two flat sides. Due to the box bay window’s weight, they do require some type of support, typically from knee brackets. Without any support, you could experience potential damage and void your warranty. 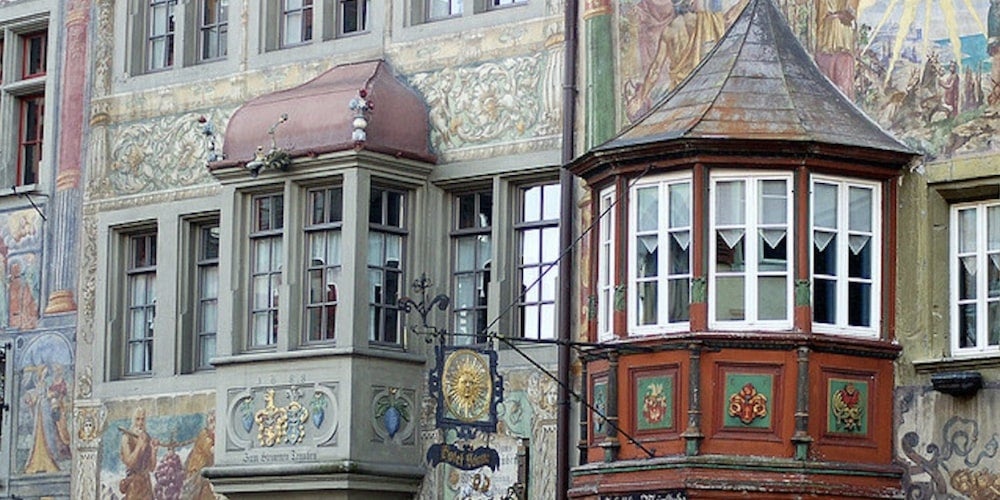 Oriel windows are some of the oldest and most elegant types of windows, dating back to the Middle Ages. Similar to dormers, these types of windows are supported by brackets or corbels and extend from the exterior wall of a building, expanding the amount of space without compromising the building’s dimensions. Though they are typically installed on upper levels of a building, modern oriel windows can be found on the first floor as well. 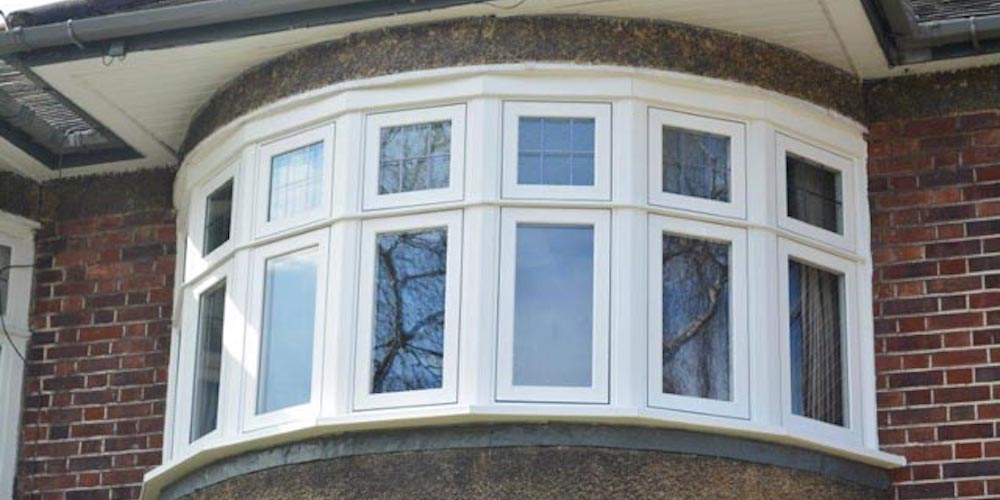 When installing your bay windows, you’ll be able to choose between a variety of window options. While most bay windows feature picture windows, which are fixed and don’t open, it is possible to use casement windows and double-hung windows for more ventilation. Here are the differences. 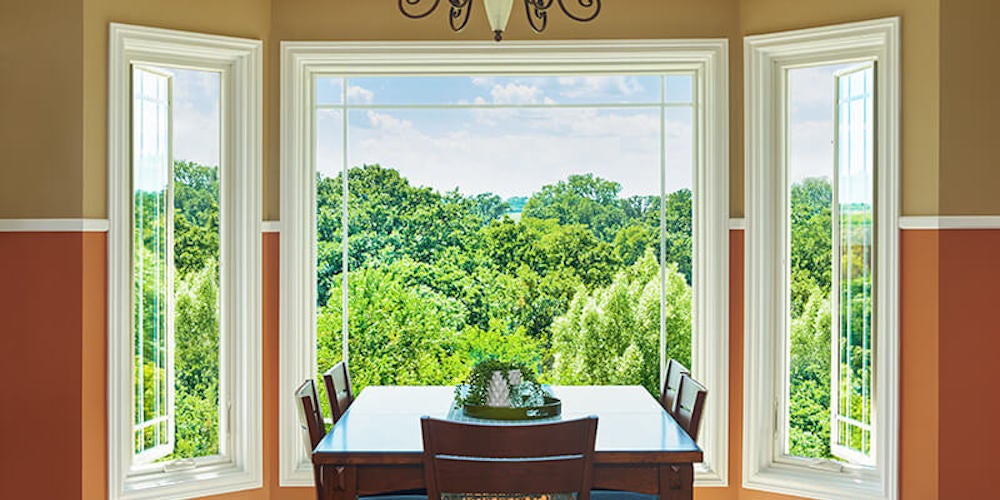 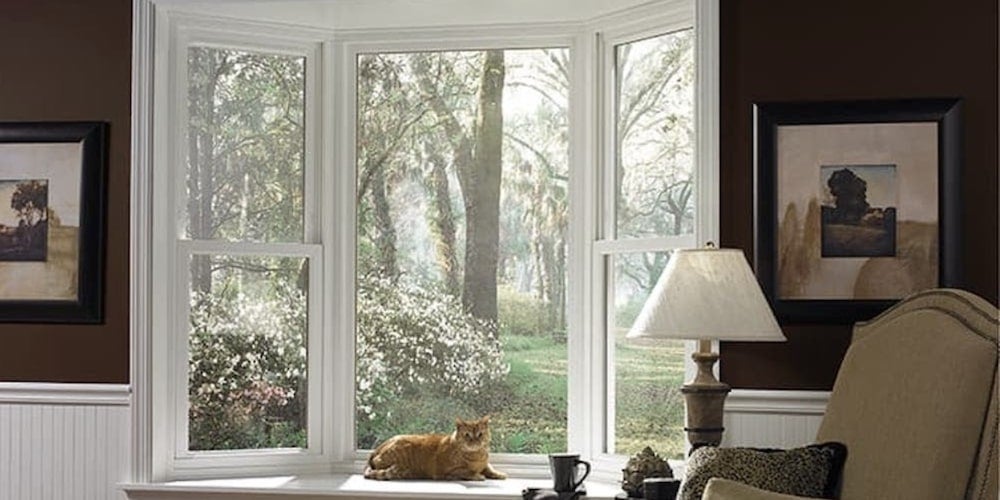 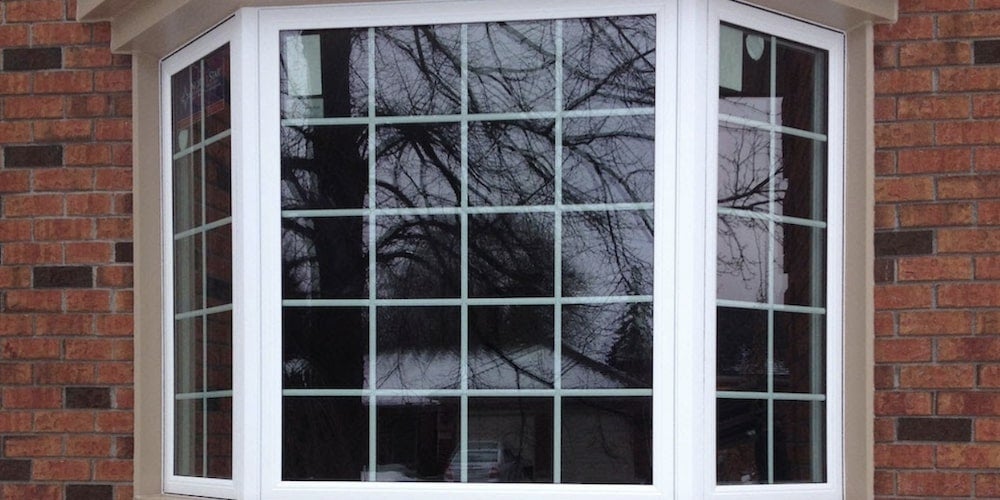 While picture windows are fixed and don’t offer any sort of ventilation or airflow, they do provide excellent insulation, energy efficiency, and weather resistance. Picture windows are also low maintenance and can be easily cleaned from the inside. Also, since picture windows feature fewer moving parts, you’ll be able to install larger windows more easily. 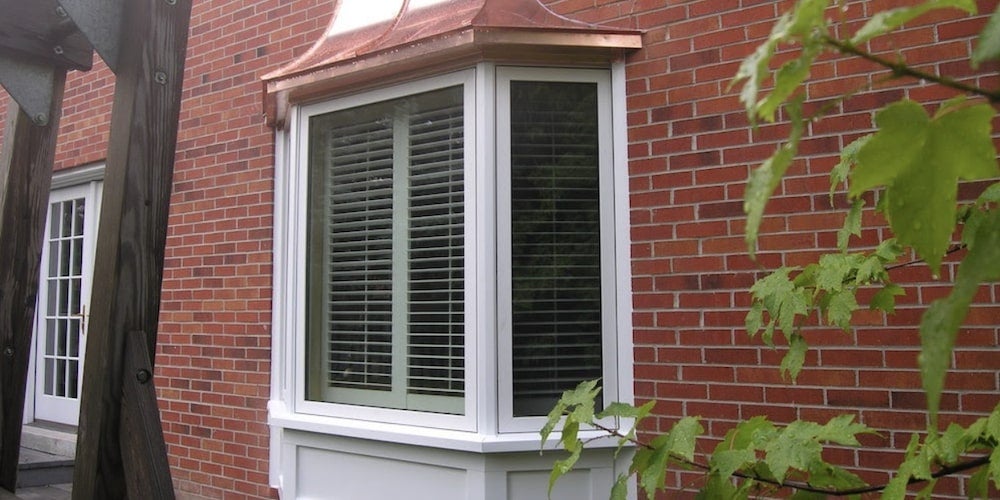 Vinyl or PVC windows are often used for bay windows because of their durability, weather resistance, and lower price point. Vinyl itself is very low maintenance and is not susceptible to rust, mold, or termites like wood windows are. Though they hold up well in severe weather, their lifespan is around 20 years, which is typically shorter than a stronger material like metal. They typically come pre-made and range between $1,000-$3,000 at Home Depot or Lowe’s. 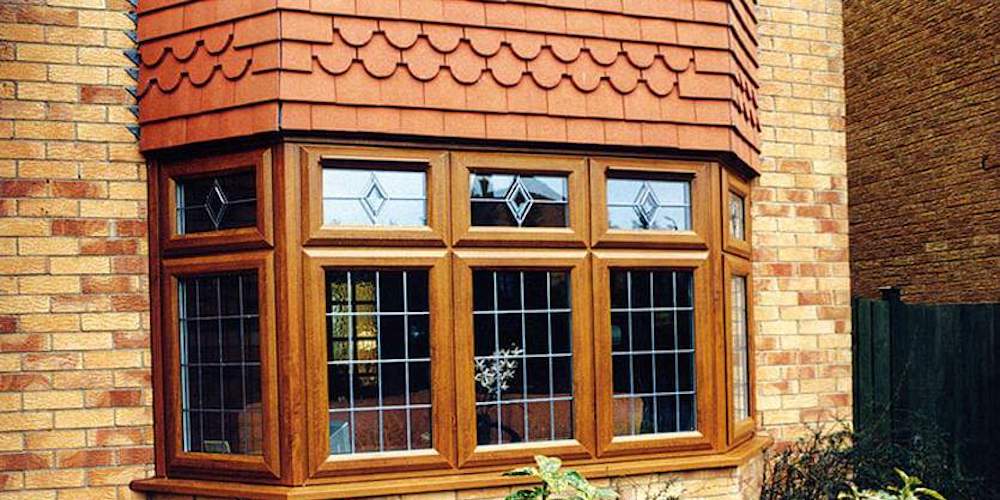 Nothing beats the appearance of natural wood. Not only does it have insulating properties, but it also works well in most climates. Wood windows do require a little extra maintenance with occasional paint jobs, and they cost more than vinyl. You can expect to pay between $2,000 and $4,500 for wood bay windows but pricing may vary depending on the type of wood you choose. 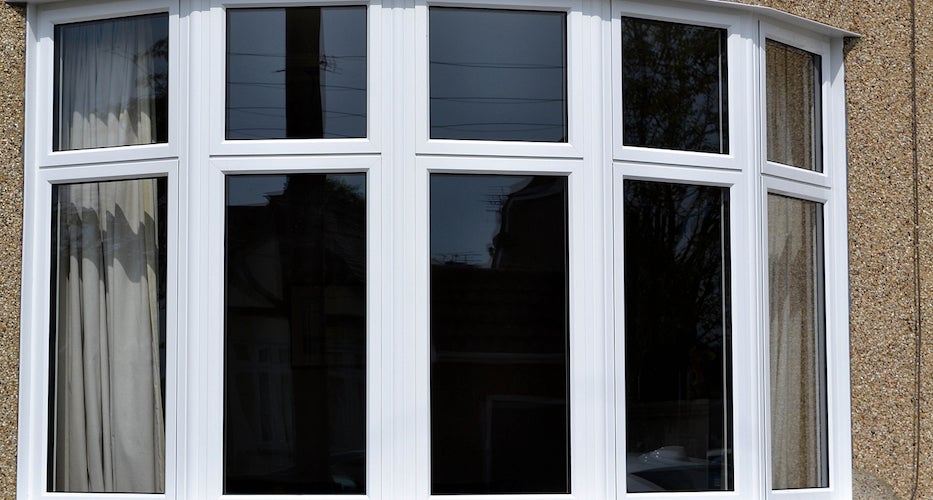 Aluminum is an incredibly lightweight material and very durable, but is also prone to corrosion, which could make it a difficult option for homeowners in wetter climates. While aluminum bay windows are relatively low maintenance, they don’t insulate well and may require some type of insulation foam. For aluminum bay windows, you can expect to pay anywhere between $1,000 and $2,000. 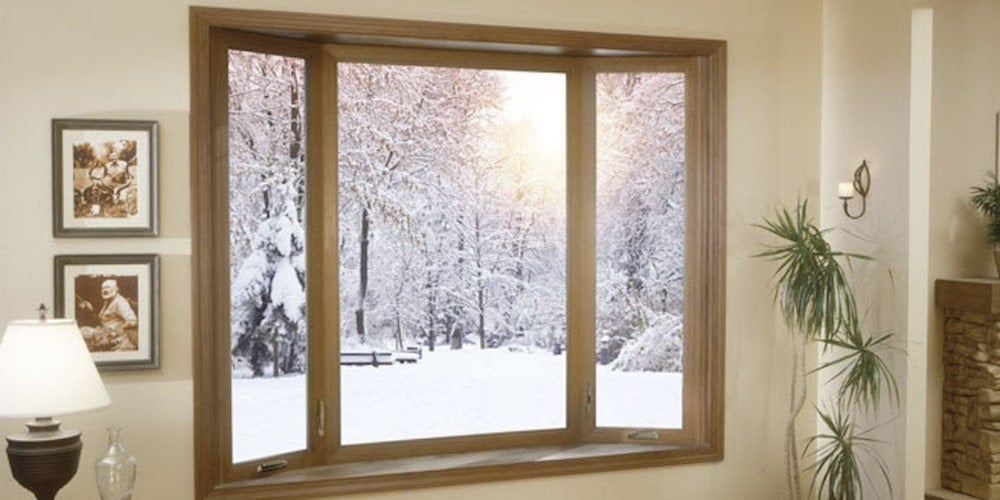 Alside specializes in vinyl bay and bow windows but also has aluminum and wood windows available with casement, double-hung, and fixed window configurations. Alside includes a limited lifetime transferable warranty which covers repair and replacement of defective materials including the mainframe, sashes, moving parts, and fiberglasses, or screen frames. Alside’s prices typically range from $200-$800 per window, depending on the brand, material, and amount of windows you need. 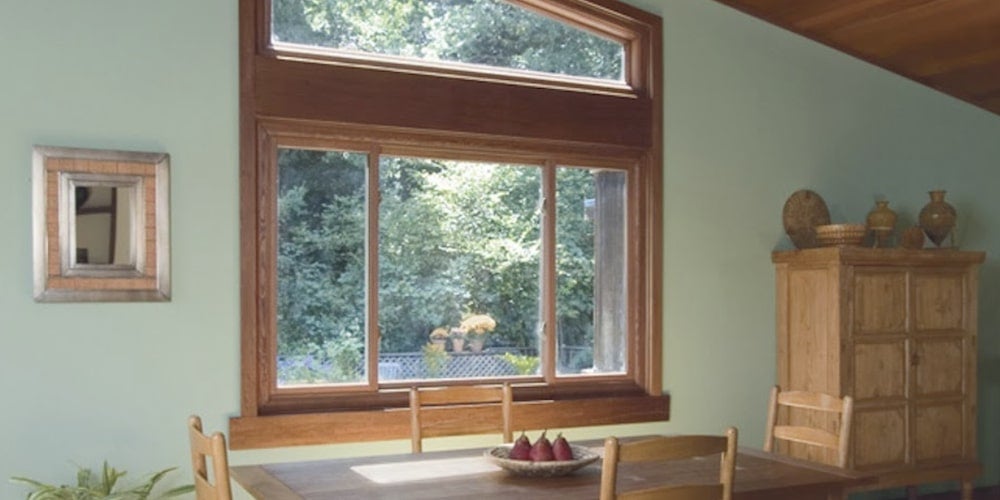 Andersen is one of the leading manufacturers of bay and bow windows, and one of the most affordable ones as well. Among its most popular brands are the 400 series and the E-series, which are both available with either casement or double-hung windows and wood protected by vinyl exterior. Andersen sells several brands to authorized installers only, but you can find others at big chain stores like Lowe’s and Home Depot. Prices for Andersen bay windows range anywhere from $200-$500 per window and $1,500-$1,700 per unit. 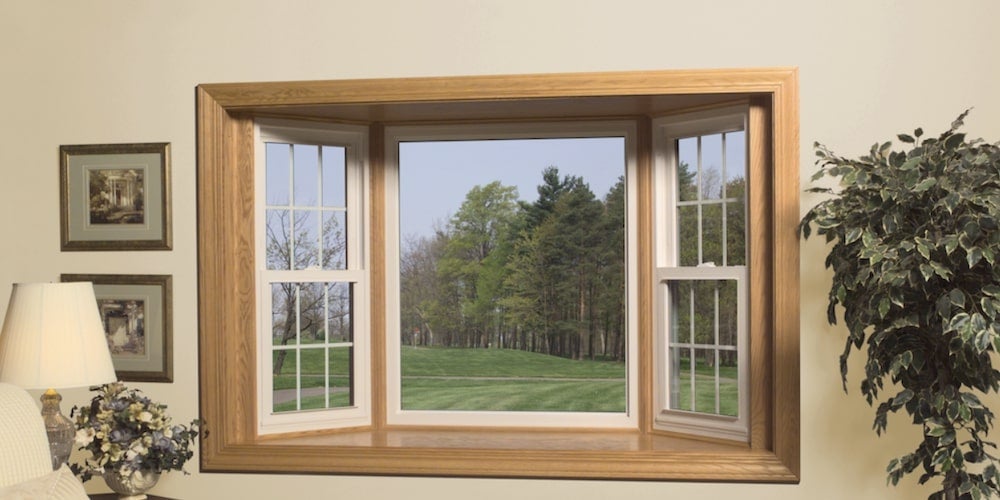 Another top manufacturer of bay windows is Jeld-Wen, which is more widely available in retail stores. Jeld-Wen mostly specializes in wood and vinyl available as new construction or as replacement windows. Jeld-Wen features a large variety of interior and exterior color finishes and offers several different options of energy-efficient glass. You can expect to pay anywhere from $300-$800 per window or between $1,000-$1,500 per unit at Lowe’s or Home Depot. 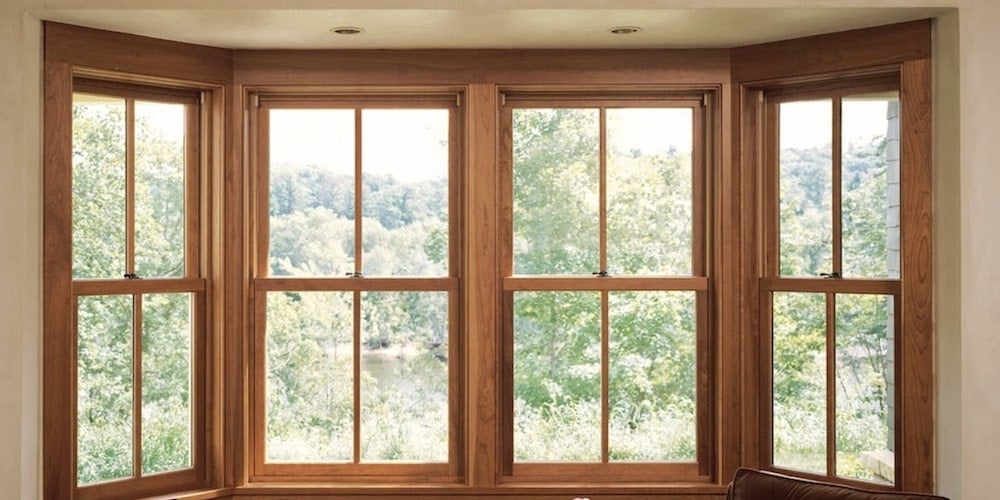 Marvin offers bay and bow windows at a competitive price, ranging from $350-$550 per window and up to $1,300 per unit. Marvin features two lines of bay windows: the Ultimate Bay and the Elevate Bay, which are both Energy Star certified and include a wood-fiberglass hybrid material. You’ll also be able to customize your windows every step of the way, choosing between finishes, configurations, glass options, screens, and hardware. 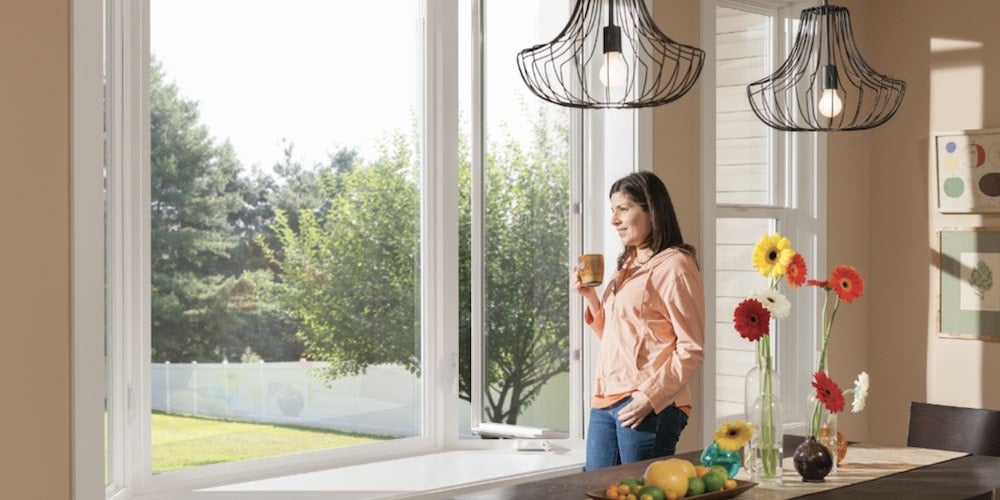 Milgard is one of the most trusted brands of windows and was even named the Brand Leader in Overall Vinyl Quality by BUILDER Magazine. Milgard offers three different lines of bay windows: the Tuscany series, the Ultra series, and the Aluminum series, which feature vinyl, fiberglass, and aluminum materials, respectively. Another attractive selling point is that Milgard tends to be less expensive than other brands, and they feature a lifetime limited warranty. 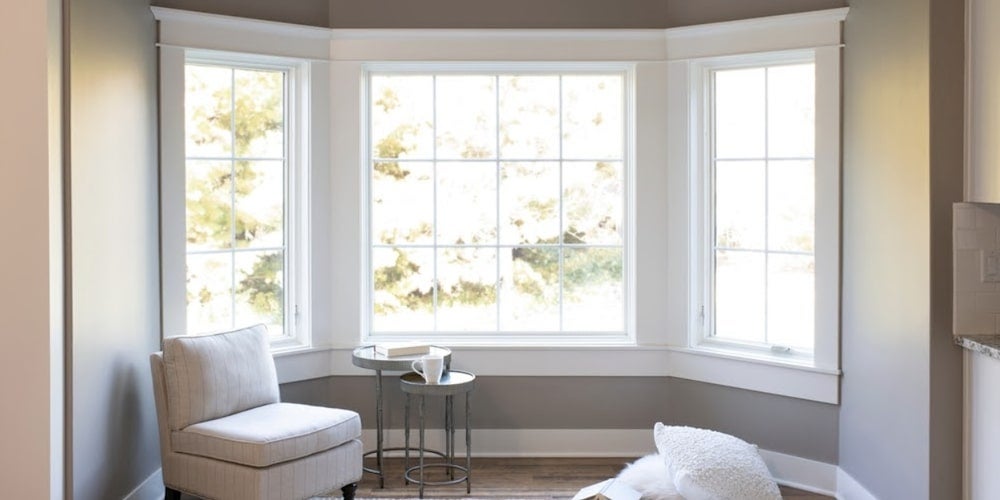 Pella is one of the top manufacturers of bay windows in the market, offering a variety of vinyl, fiberglass, aluminum, and wood-based materials. Pella features five different lines of bay windows ranging in price and functionality. Pella often compares with Andersen in terms of craftsmanship but differs in cost, warranties, and energy efficiency. You can expect to pay between $400-$900 per window for cheaper brands, like Pella’s 250 series but more than $1,000 for more expensive options. 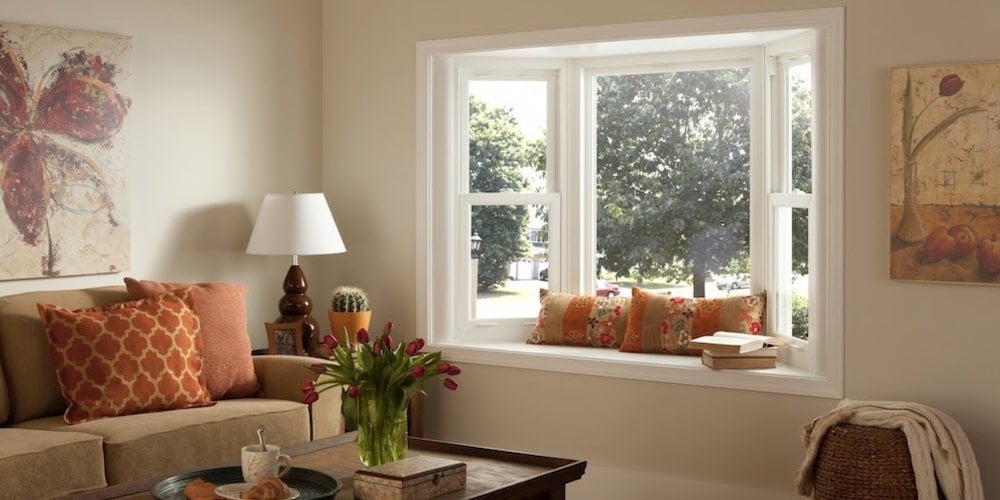 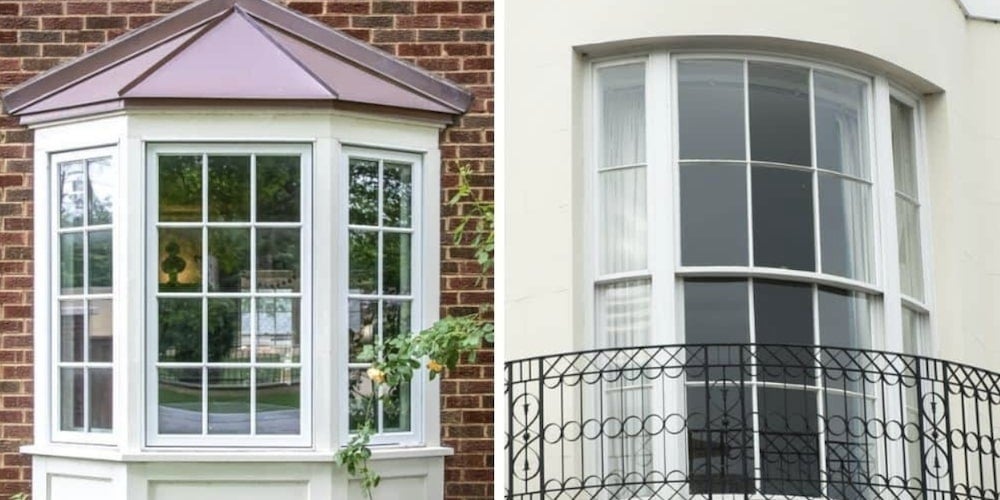 Though bay and bow windows may look similar and serve similar purposes, they differ in size and dimensions. Let’s take a look at their differences and determine which one is right for your home.

Bay window – Bay windows typically have a flat center window with two smaller angled windows on the sides. These side windows can be used as casements or double-hung for extra ventilation or they can be fixed with no ventilation.

Bay window - Depending on the materials and labor costs, installing a bay window could cost you between $1,000-$3,500 per unit.

Bow window - Because bow windows are larger and have more glass, they run a little more expensive, costing between $3,000-$5,000 and sometimes more. 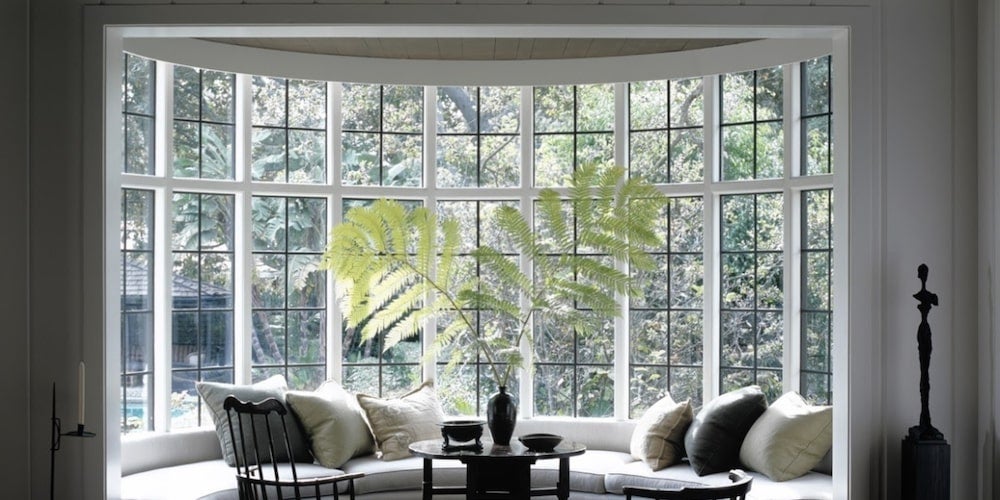 Bay window - If you’re looking to add some additional airflow to a specific room, bay windows feature casements and double-hung windows that let in air. Fixed picture windows however do not.

Bow window - One downside to bow windows is that they are typically fixed and do not open. While it is possible to install opening mechanisms for them, it’s not a practical solution.

Which one is right for you?

If you’re interested in installing a bay or bow window, there are many manufacturers and materials to choose from. We recommend choosing vinyl bay windows from either Alside or Milgard for a durable, cost-effective window if you’re on a tight budget. But if you’re willing to spend a little more, a wood bay window from Marvin, Andersen, or Pella.

No matter which brand, material, or design you choose, bay windows are incredibly customizable and attractive addition to any home. Installing bay windows is not cheap, but they can increase your home’s value, add space, sunlight, airflow, and have an aesthetically pleasing appearance.

Find a local roofer near you.

How much does ductwork installation cost? 5 factors to consider

A central HVAC system can’t function without ductwork. Before installing or replacing yours, get to know the average costs and key price factors.

How much does waterproofing your basement cost?

Basement waterproofing is essential to combat water damage. Read our comprehensive cost guide to learn how much it will cost for your home.

How much does it cost to paint the exterior of my house? 5 cost factors

Repainting your siding is a surefire way to enhance its curb appeal. Before you get your paintbrush ready, learn the key factors that influence pricing.

How much does ductwork installation cost? 5 factors to consider

How much does waterproofing your basement cost?